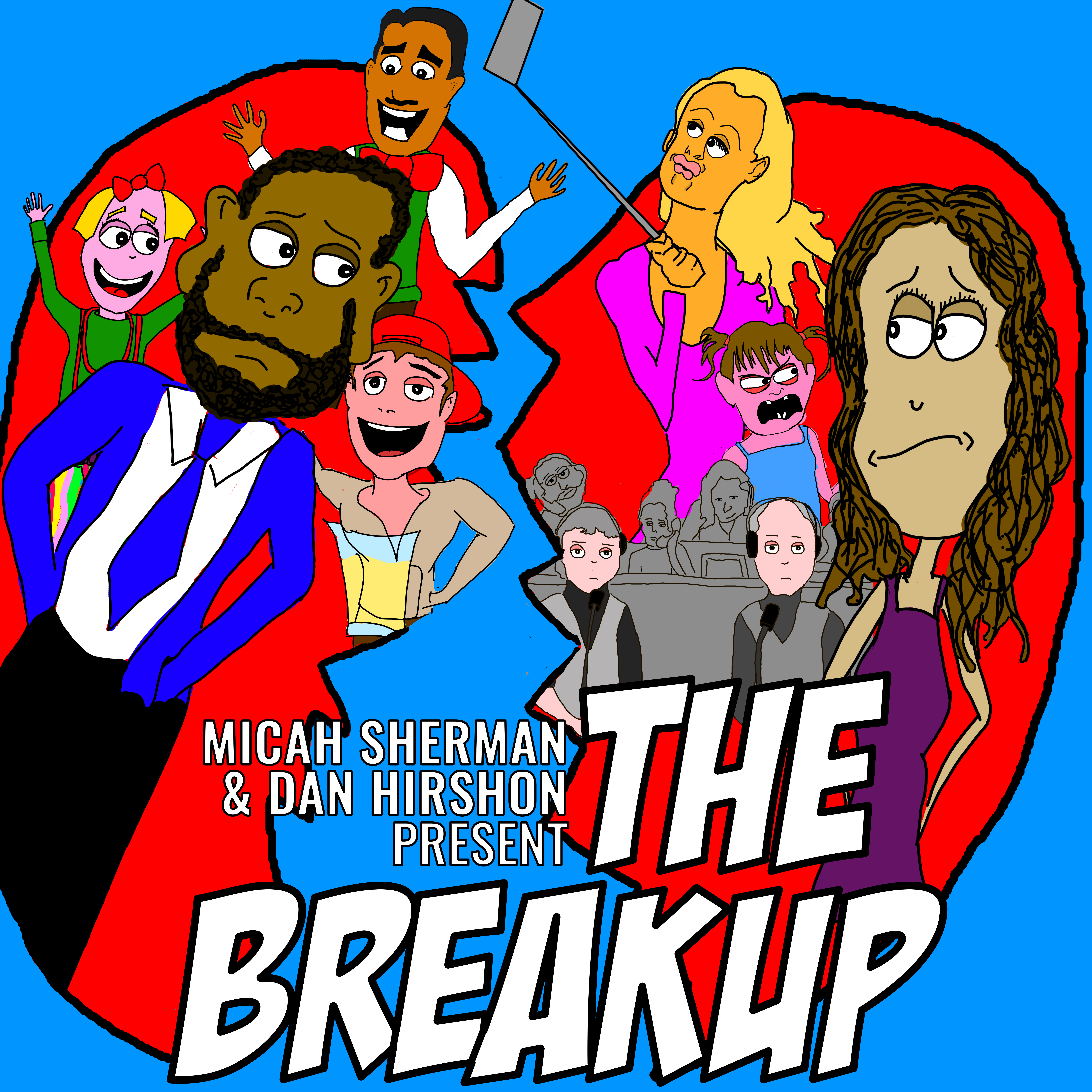 When a couples’ counseling couple fails to save Nikki and Tom’s marriage, Tom embarks on a failed spiritual journey that includes a string of reject therapists and a frightening meditation class. Nikki doesn’t have much more success, turning to NPR, her clueless co-workers, an US Weekly audiobook, and an influencer doctor who does little more than snap selfies and irritate others. Can anything save Nikki and Tom or are they doomed forever?

“The Breakup” is Dan Hirshon and Micah Sherman’s third comedy album (13 tracks/19-min long) that links sketches together to form an ongoing narrative, similar to a Monty Python film or Portlandia episode. The album is available on iTunes, Amazon, and Spotify. 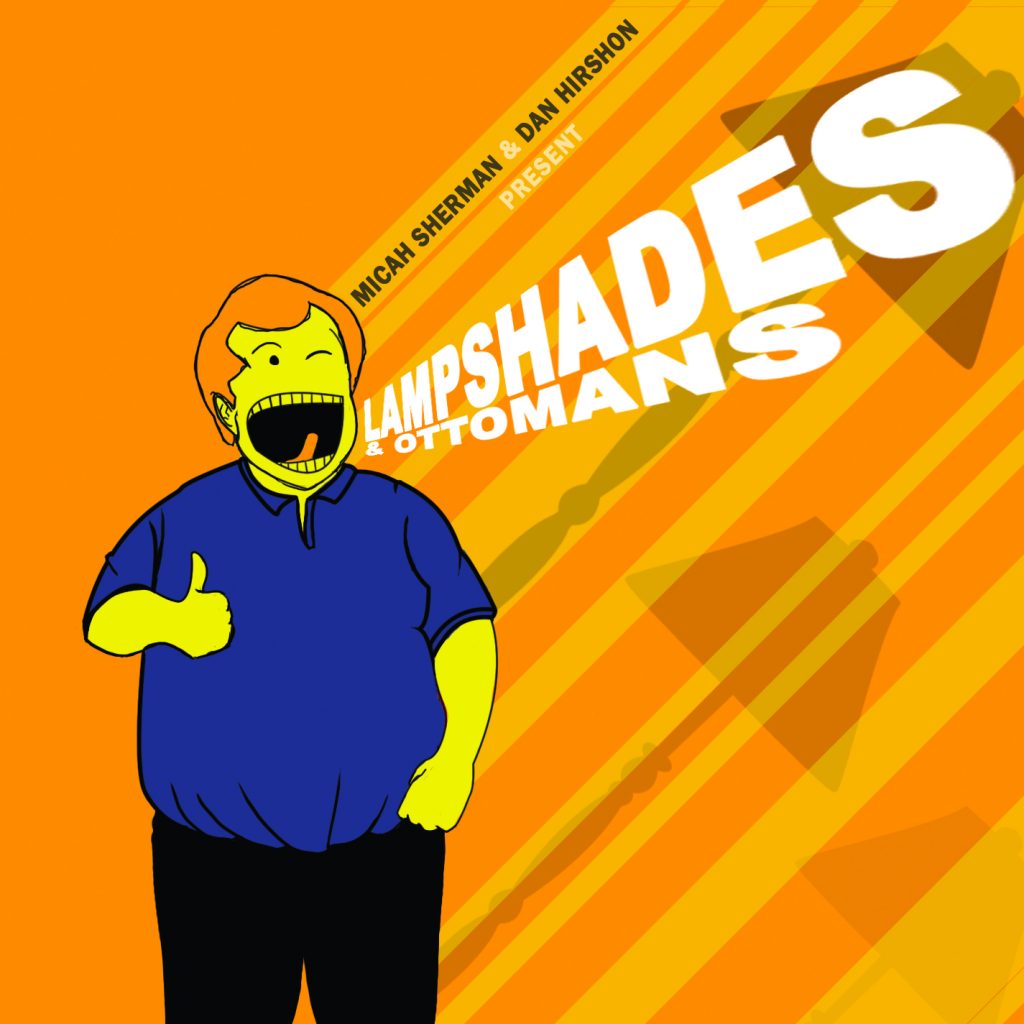 When Bob, a furniture salesman, loses his marriage due to his addiction to shouting the word “furniture,” the grief sends him to the brink of death. During his journey, Bob encounters a line of characters, including Butch Levelface, an insult therapist who humiliates patients until they get their life together and Captain Awkward, a superhero who unwittingly thwarts villains with his powerful ability to make any conversation uncomfortable.

“Lampshades & Ottomans” is a 9 track, 26-min long audio comedy album that links sketches together similar to “The Breakup.”

“Lampshades & Ottomans” has earned a write-up in the New York Daily News, and received a five star rating from CD Baby who called the album “absurdist tomfoolery at its finest.” It’s available on iTunes, Amazon, and Spotify. Below is an animated video of one track from the album: 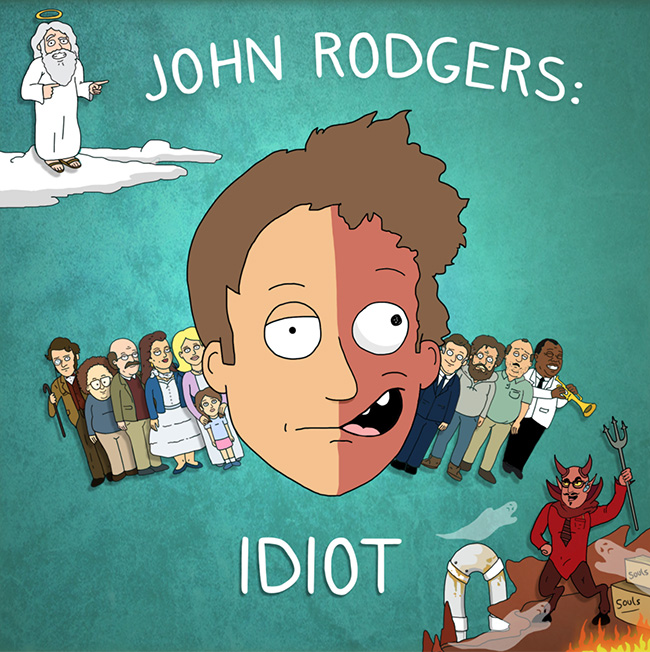 When God-loving, Hollywood screenwriter, John Rodgers can’t even sell a bedtime story to his own daughter, he trades his soul to Satan for the ability to sell any idea he wants in Hollywood. What’s the secret to Hollywood success? Well, you have to sound like an idiot, of course.

“John Rodgers: Idiot” is a 14-track, 31-min audio comedy album that links sketches into one cohesive story. Supporting storylines include Peppy Goldberg: the Greatest prop comedian in all the Catskills trying to convey visual jokes on his new album, Ted Kaczynski workshopping his Unabomber manifesto, and the origin story of Louis Armstrong’s gravelly singing voice. The album is available on iTunes, Amazon, and Spotify.  Below is an animated video of one track from the album:

SITCOMS FOR YOUR EARS

Eddie Holden suspects everyone of trying to get one over on him, but after he finds a way to log into the NSA website using his brother’s clearance, Eddie realizes he can use these new surveillance tools to get ahead in life.

Miles Downey has always been the black sheep of his family as his brother is a literal superhero. So Miles takes a new job that promises security and benefits to make his parents proud even though his boss might be a super villain.